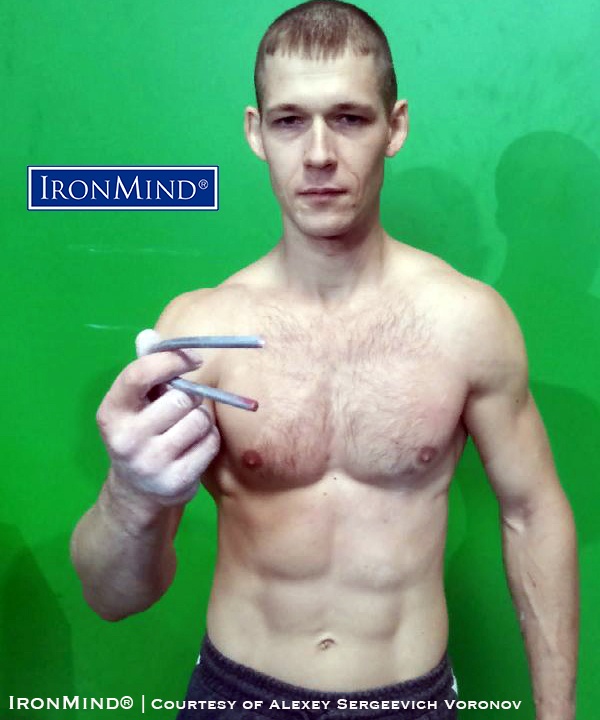 Proving that bending big steel is not just the province of big guys, 64-kg Alexey Sergeevich Voronov (Russia) has just been certified on the IronMind Red Nail.

Voronov told IronMind that he began bending in 2012, but has only been using "an overhand style for less than 1 year."

"I bend once every 4 days, and love various bends," said Voronov.

"I work as a stocker at the hospital. I have a daughter. More or less seriously, I began to engage in the development of strength in 2010. In 2012, I began practicing bending. I learned about Red Nail a long time ago, but I still did not dare to try it. In the fall of 2020, after two years of ill health and downtime in training, friends sent me a gift for training in support, including several Red Nails. I started trying my hand at overhand. In the fall of 2021, a friend offered to officially certify with IronMind together. And now we're trying to do that."

Congratulations: it's official—you have been certified on the Red Nail, and your name has been to the Red Nail Roster.