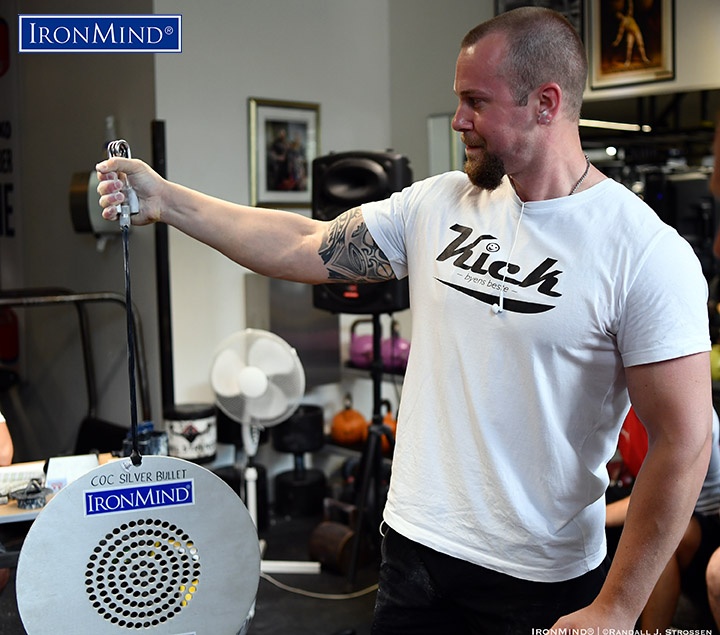 Signaling another big step forward for armlifting, grip strength competitor and contest organizer Juergen Garschall brought the 2019 edition of the APL European Armlifting Championships to Vienna, Austria—one of the world’s great cities in terms of its artistic and intellectual legacy and the perfect foil for a strength sport.

Further indicating the quality of the contest, the field included Thomas Larsen (Norway) and Ioan Puscasu (Romania): Larsen is a former world record holder on the IronMind Block and Rolling Thunder Pull-ups, max weight; and Puscasu (CoC3 ’08, CoC3.5 ’10) has been on the short list to certify in the Captains of Crush No. 4 gripper.

Before the contest started, Puscasu—whose training has been limited by arm-wrestling-related injuries—was eager to test himself on the CoC No. 3 and No. 3.5 under official conditions: with Juergen Garschall doing the honors as referee, Puscasu closed the No. 3 easily but couldn’t put away the 3.5.

The competition was spirited, and Team Ukraine was very visible—attacking their lifts, supporting each other and embracing the sport of armlifting with great enthusiasm.

“Armlifting is a relatively young sport for Ukraine, but we have something to be proud of! The Armlifting Federation of Ukraine regularly holds national championships, and the best of our athletes win the world competitions. The European Championships in Vienna was a new stage in the history of Ukrainian armlifting, because before that our athletes took part only in the APL World Championships (Russia),” Dmitry Grunsky told IronMind.

“As a coach, I'm used to setting my athletes up to win, and they don't let my hopes down! So my progeny Ivchenko Anastasia and Potapenko Dmitry are already champions and world record holders, Potapenko Dmitry is the absolute record holder of IronMind in the Little Bighorn exercise! And at these competitions, a good result and a confident victory by the Koroleva Irina and Andryushchenko Pavel and the silver medal is Voloshanyuk Nikolai. I try to keep up with my progeny, their victories motivate me and make me win, as a result and in these competitions victory in their weight category and second place in the absolute standings!

“The national armlifting team of Ukraine is not only my athletes, there are a lot of fans of armlifting in Ukraine and in the future plans of the national team to participate at the European Cup in Minsk, preparations for the national championships and the 2020 World APL Championships,” said Grunsky

Juergen Garschall said travel difficulties prevented some teams from coming, but that he was pleased to have “athletes from 6 different countries, with the Overall winner Thomas Larsen from Norway who showed again his world class grip.

“Personally I am also happy to repeat my Austrian championship Title from last year and become also the strongest Austrian athlete in the overall Score at the Europeans beside the sometimes stressful Organization of the Championship.

“A special thanks at last to you, Randall, for beeing our referee at this Competition,” said Garschall.

Larsen noted that how much he liked the DAS GYM and I had to agree: glancing up at the wall by the competition area, I noticed the IronMind/MILO poster of Shannon Hartnett on the wall, and as I walked around the gym, I noticed one after another IronMind poster and an entire section dedicated to grip strength. If you’re into strength, you’ve got to love DAS GYM. 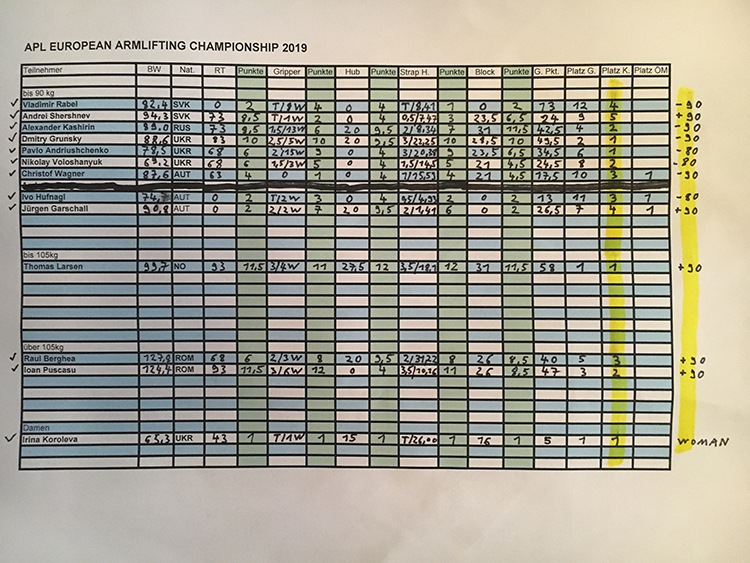 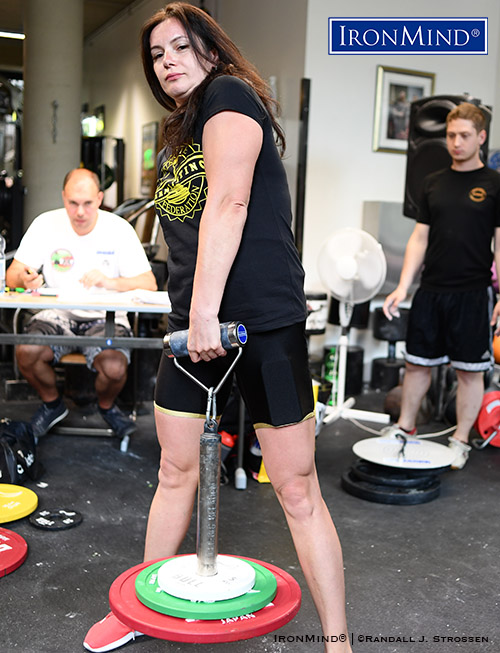 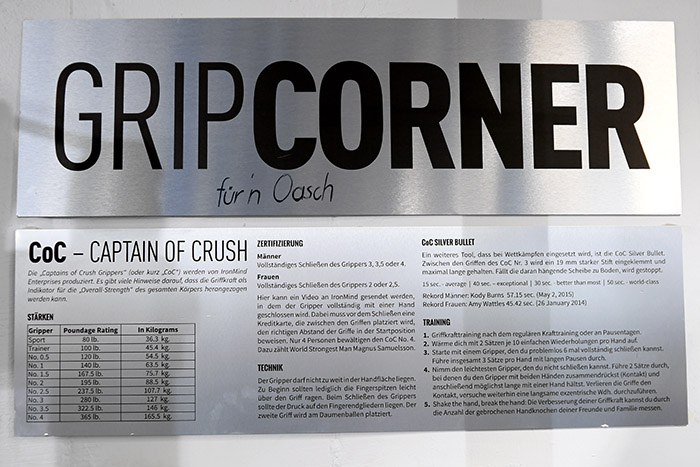 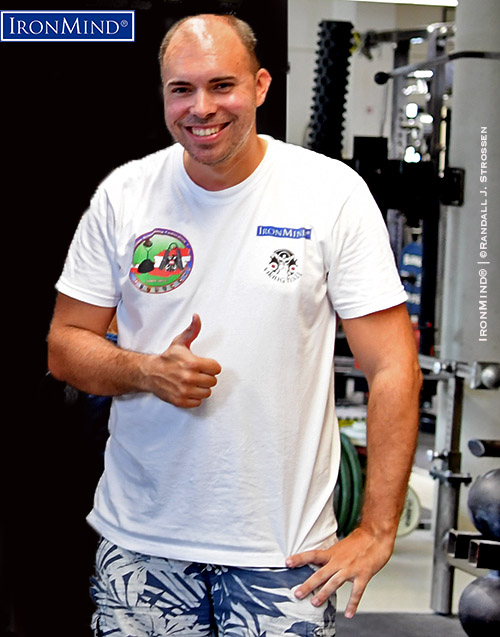 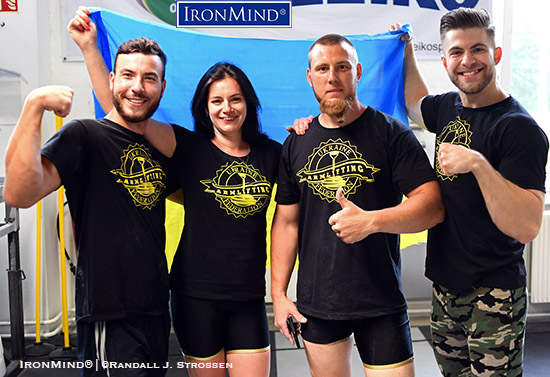 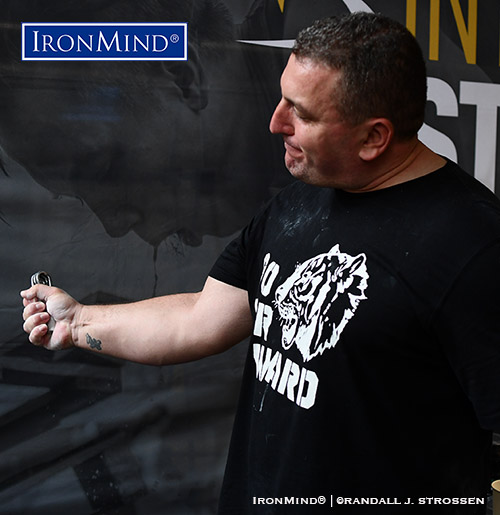 Both before and after the contest, Ioan Puscasu (Romania) blew through the Captains of Crush No. 3 gripper. Already certified on the CoC No. 3 and No. 3.5, is the No. 4 going to be next for Puscascu?! IronMind® | ©Randall J. Strossen photo