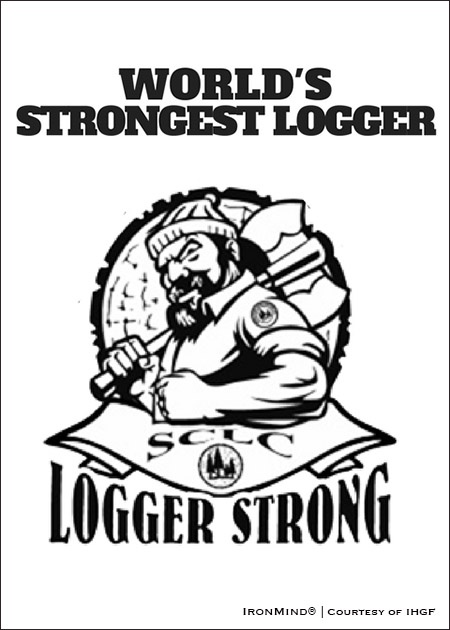 The 2018 World’s Strongest Logger will be the first qualifier for the IHGF All-American Stones of Strength series. IronMind® | Courtesy of IHGF

The Sierra-Cascade Logging Conference is hosting the 2018 World’s Strongest Logger and it’s the first qualifier for the IHGF All-American Stones of Strength series.

Eleven of America’s top strength athletes will be competing 9–10 February at the Sierra-Cascade Logging Conference – 2018 Expo, held at the Shasta County Fairgrounds in Andersen. The Logging Conference is a proud sponsor and host of the World’s Strongest Logger, which is the first qualifying leg of the IHGF All-American Stones of Strength series, where the top four athletes will go to the finals of the IHGF All-American Stones of Strength Championships later in the year. Big cash prizes are on the table for the top three athletes in the World’s Strongest Logger, and a place will be secured for the overall winner in this year’s IHGF Stones of Strength World Challenge in Fefor, Norway.

The two-day format in the World’s Strongest Logger competition looks nothing short of epic and challenging, as athletes will be pushed to their max strength and endurance in their quest for this title.

A possible world record could be in the cards on the overhead natural stone press. The current world record of 133 kg (293 lb.) is held by Hafthor Bjornsson of Iceland, done in 2014. The natural stone that will be used in the competition has been weighed and verified at exactly 300 lb. and would be a new world record if pressed overhead. In training for the World’s Strongest Logger competition, Casey Garrison of California has managed to lift a 300-lb. natural stone overhead and now only needs to do it officially in competition. Join the IHGF at the Shasta County Fairgrounds in Andersen or follow the event via live streaming.