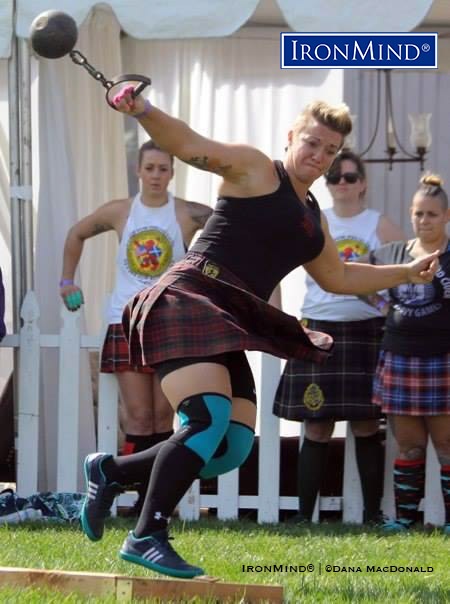 Heather MacDonald came to the Highland Games from track and has made her mark on the sport. IronMind® | Dana MacDonald photo

The Oklahoma Scotfest will set the stage for the 2018 Woman’s Highland Games World Championships on 14–16 September, and a major move has been made from Tulsa to Broken Arrow to allow for a larger field.

The top ten elite women athletes from the U.S., Canada, and Europe will be invited to this epic showdown, with accumulated points throughout the season, from January through July 2018, determining who is invited to compete for this coveted title and be crowned world champion. The event will be sanctioned and officiated by the IHGF (International Highland Games Federation) and HASA (Heart of America Scottish Athletes).