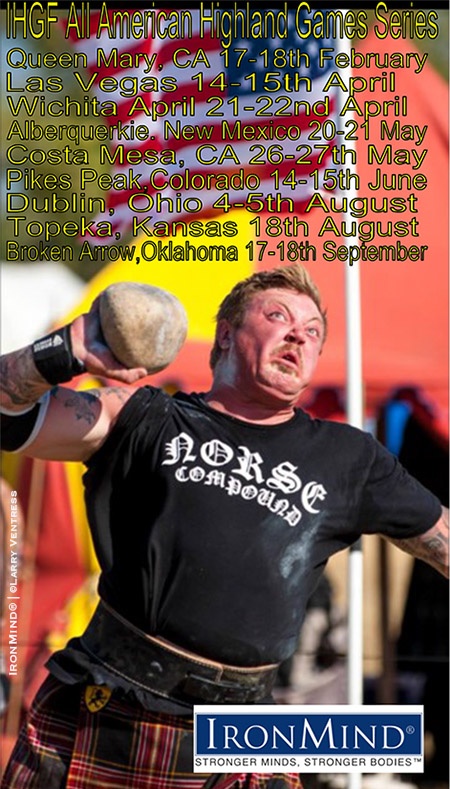 The International Highland Games Federation (IHGF) is pleased to announce the 2018 IHGF All-American Highland Games series, made up of ten games held across the USA:

At each games in the series, the athlete with the most points overall in the competition will progress to the 2018 IHGF All-American Championships, which will be held at the Great Plains Renaissance Fair & Highland Games (Wichita, Kansas), 24–25 September.