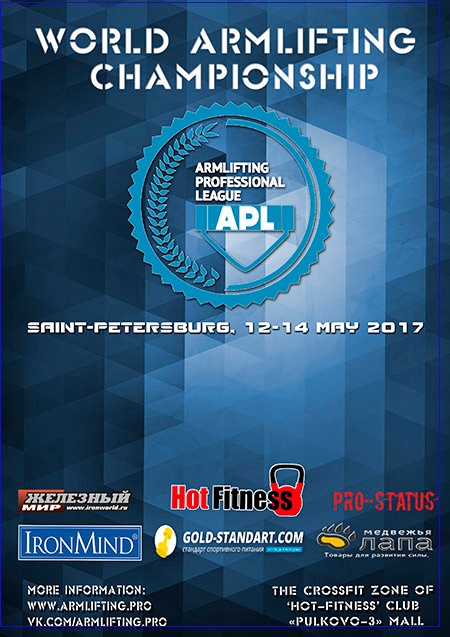 Armlifting began as a single event sport, laser focussed on the Rolling Thunder, and has since added the Apollon’s Axle and Captains of Crush (CoC) Silver Bullet, as well as some additional events to the full program. If you want to test your grip strength in a high-energy setting, the 2017 APL Armlifting World Championships is the place to do it. IronMind® | Image courtesy of APL


The contest is expected to draw an international field of top grip strength competitors—men and women—to lock horns on the Rolling Thunder, Apollon’s Axle and CoC Silver Bullet Hold, plus some additional events, so if you want to prove you have a world class grip and want an excuse to visit what Odd Haugen calls, “the most beautiful city in Europe,” plan to be in St. Petersburg for the 2017 APL Armlifting World Championships.