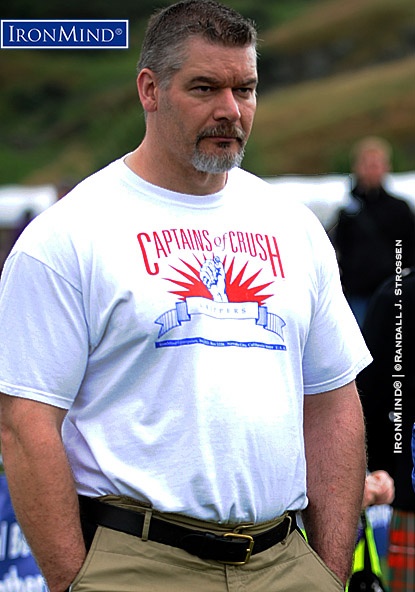 Laine Snook has nearly mythical status in the grip strength world—watch for him to lock horns with Alexey Tyukalov and Mike Burke in the 2016 Rolling Thunder World Championships at the Odd Haugen Strength Classic, hosted by the Los Angeles FitExpo. IronMind® | ©Randall J. Strossen photo

Always terrific, the Odd Haugen Strength Classic at the Los Angeles FitExpo will take on added luster next year when it hosts the 2016 Rolling Thunder World Championships, with an expected lineup that, so far, includes Laine Snook, Alexey Tyukalov and Mike Burke.

In 2016, Haugen’s strength extravaganza includes strongman and mas wrestling, as well as grip strength with a minimum cash prize list of US$12,000.