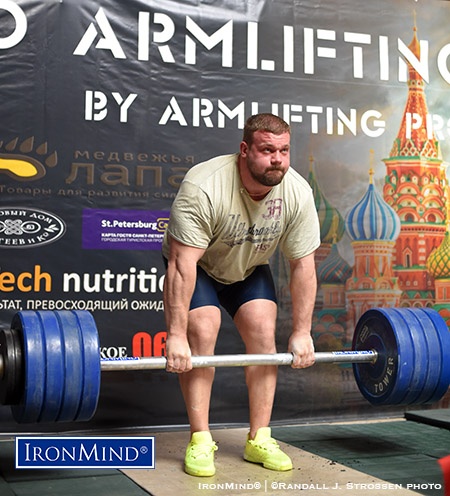 St. Petersburg, Russia repeated as the host city for the Armlifting World Championships and the APL, under the leadership of Sergey Badyuk and Dimitriy Suhovarov, took last year’s success and raised the bar. With approximately 150 competitors, representing about a dozen countries, the scale was substantial and this was the case even though there had been a qualification round to keep the pool of competitors manageable.

Set in the Red Tower CrossFit, everyone had a chance to get an initial warm up by climbing several flights of stairs in this historic building to reach the facility, which was dedicated to the 2016 APL Armlifting World Championships for the weekend.

In addition to the character of the building, the scale of the setting was perfect: comfortably containing the competition, along with an ample warmup room, seating for spectators and booths for exhibitors.

Armlifting began with a single event—the Rolling Thunder—which remains the foundation of the sport, and it has expanded to also include the Captains of Crush (CoC) Silver Bullet and the Apollon’s Axle Double overhand deadlift, which are staples of the grip strength world, and this year’s competition also included the IronMind Hub, as well as Excalibur (a vertical bar lift), the Saxon bar  deadlift (a two-handed pinch grip), and some bending.

• Kirill Sarashev blowing though 200, 215 and 225 kg on the Apollon’s Axle double overhand deadlift, followed by a shot at 240 kg, which he cracked off the floor, but did not complete 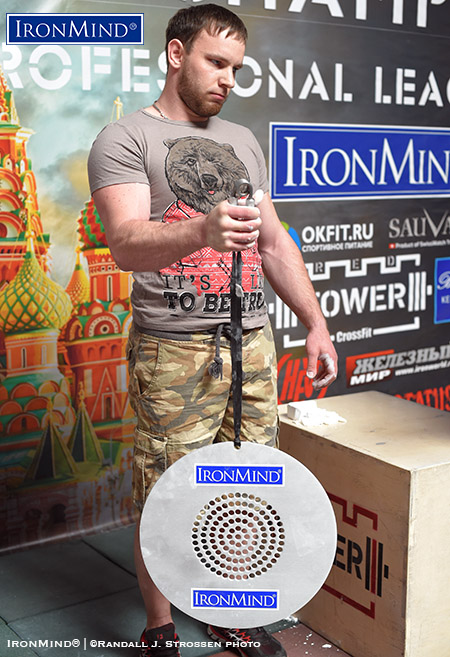 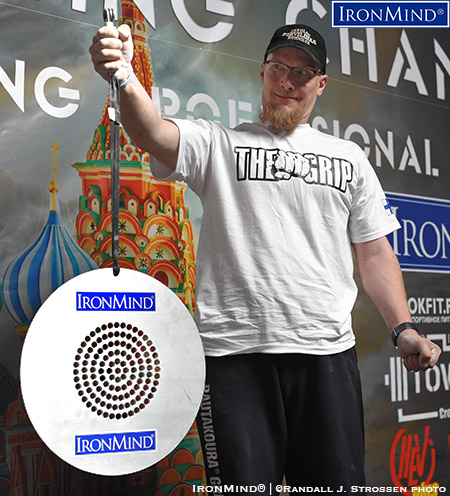 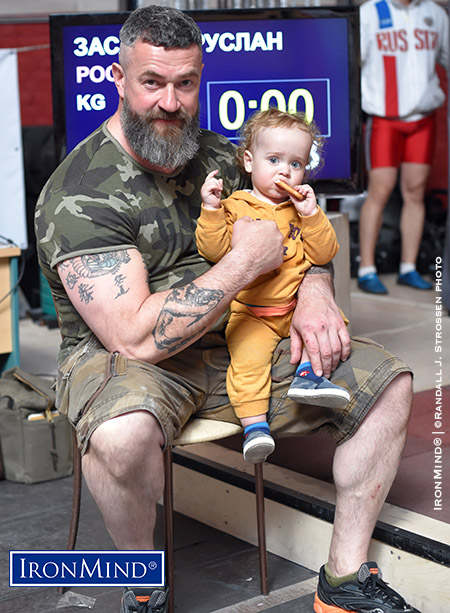 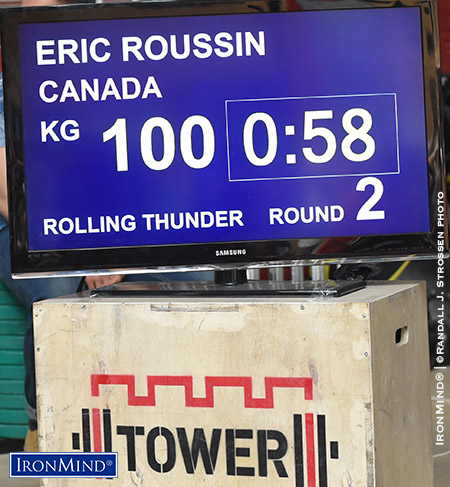 Here’s what the attempt board looked like and, incidentally, the pride of North America, Canada’s Eric Roussin, went on to make 103 kg on his third attempt, winning the Rolling Thunder in the men’s 90-kg class.  IronMind® | ©Randall J. Strossen 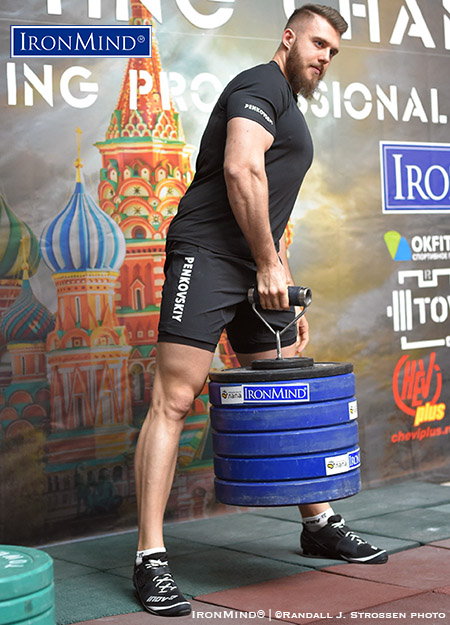 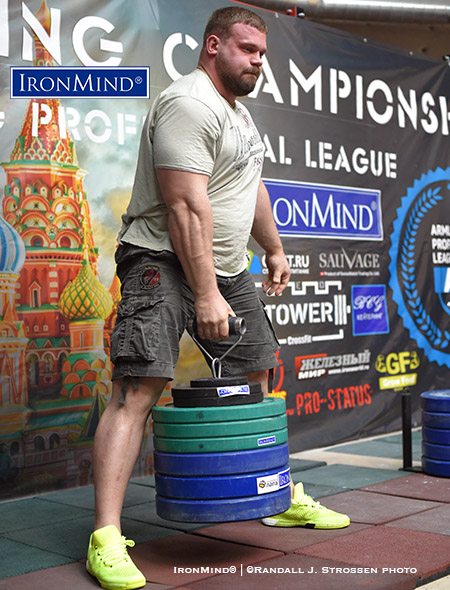 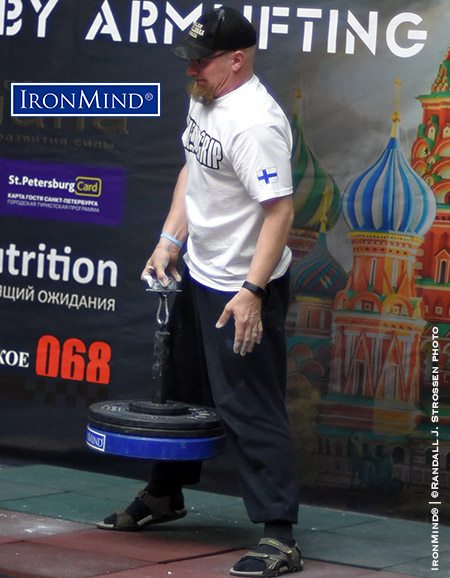 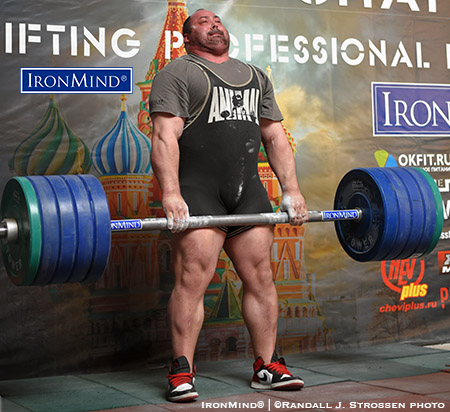 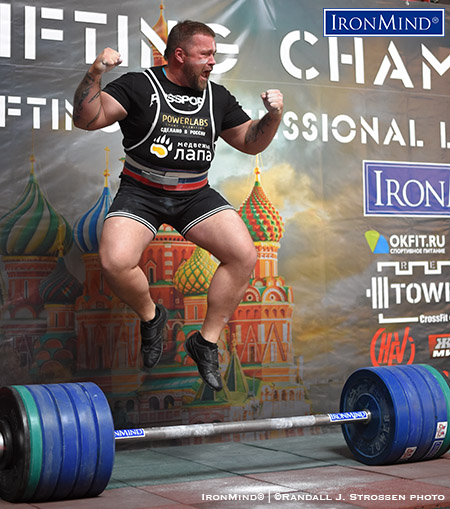