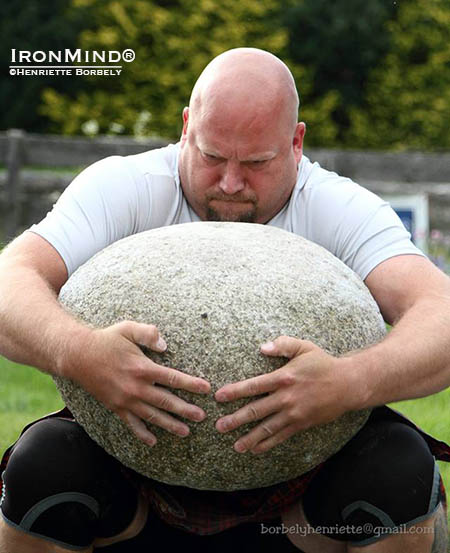 “Stone lifting, one of the oldest known tests of strength, which can be traced back for centuries, most commonly throughout northern Europe and predominantly Scotland and Iceland, has become popular in the strength world over the past several decades.  Many of the older stone lifting feats of strength have been incorporated into today’s televised and widely viewed World’s Strongest Man contests.

“The International Highland Games Federation (IHGF) has recently been sanctioning and promoting the IHGF Stones of Strength Championships in countries like Norway and Hungary, with these contests being televised for European TV.

“Several stone lifting events, such as stone lifting, stone walking, stone pressing, stone medley and stone throwing, will make up this exceptional championships in San Clemente.  It will be a qualifier for the best U.S. and Canadian strength athletes, who will then progress to next year’s IHGF Stones of Strength World Championships, which will take place in Hungary, organized by Adam Darazs.  Athletes will have to be on top of their game in San Clemente to lay claim to the title and be crowned the  2014 IHGF All-American Stone Lifting champion.

“The following day, the second major competition will take place, the IHGF All-American Strength Games Championships.  A unique combination of strongman events, such as log press, yoke, farmer’s walk, and Atlas stones, and two events from the ancient sport of heavy athletics, 56-lb. weight over bar and stone putting, will make up the challenge.

“Both events will be filmed by Cox Communications and made into a program for TV, to be seen by approximately 1.5 million households throughout Southern California.”