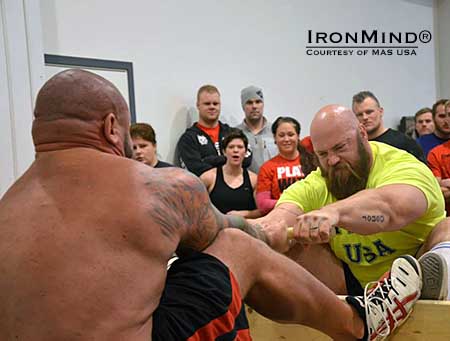 
The contest had 31 athletes, representing 4 countries: Norway, Sweden, Russia and the United States.

“The Norwegians held their own and took home most of the medals,” Haugen said.  Only the two visitors from the birthplace of Mas wrestling, the Republic of Sakha (Yakutia), broke into the medal count and they did it with style: both Tatiana Grigor and Vasiili Alekseev won gold medals.   Also, Vasiili Alekseev won a hard -ought battle against 105kg+ Champion Henrik Hildeskor of Norway to become the Men's Absolute Champion.

“Kudos to Knut Bjorvatn and team for a well produced championship.