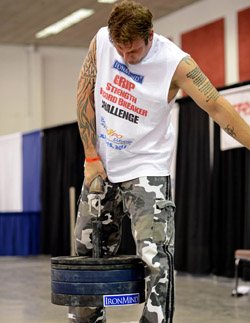 Athletes are expected to comport themselves respectfully and appropriately at all times, and IronMind reserves the right to dismiss or disqualify any attempt, person, certification or record for behavior that does reflect respect, honesty and integrity.

World records must be broken by a minimum increment of 1 kg.

An extra attempt may be permitted at the discretion of the contest organizer, but only for the winner of the event, and only if he or she is attempting a new world record.