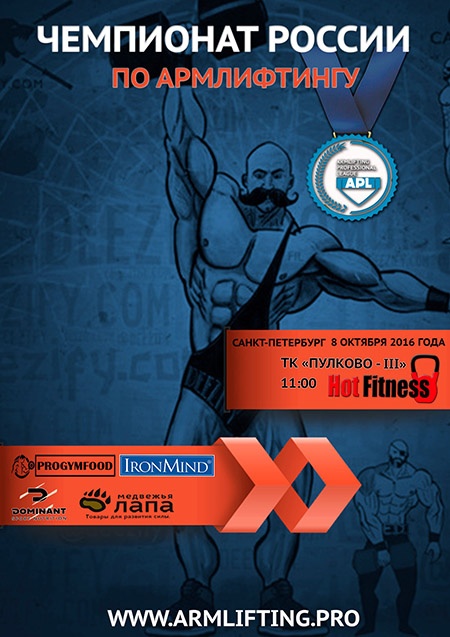 The 2016 APL Russian Armlifting Championships are set for St. Petersburg on October 8 and there is a very good possibility that world records on the Rolling Thunder, Apollon’s Axle and Captains of Crush (CoC) Silver Bullet could fall. IronMind® | Image courtesy of APL

If you are Russian, have a great grip, want to prove it, or just want to have some fun finding out exactly how strong your hands are, plan to compete in the 2016 APL Armlifting Championships.

“In each discipline, we will have three bodyweight categories for men and three for women. We will also offer the IronMind Crushed-To-Dust Challenge, and if there is anyone who is ready to get certified on the Captains of Crush grippers (No. 3, No. 3.5 or No. 4 for men; No. 2 and No. 2.5 for women) or the IronMind Red Nail, we urge them to contact IronMind to initiate the process,” said APL spokesman Dmitriy Suhovarov.

Suhovarov and fellow APL executive Sergey Badyuk are coming off a very successful World Armlifting Championships in St. Petersburg earlier this year and they are working to once again involve stars from other parts of the strength world, expanding the presence of and participation in APL Armlifting. 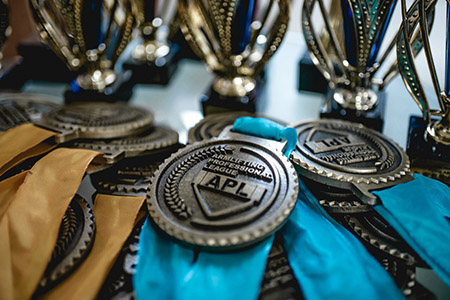 Here’s part of the winner’s haul at the 2016 APL Armlifting World Championships: this is what the medals look like, so grab your Rolling Thunder, Captains of Crush No. 3 gripper and Apollon’s Axle, and plan to claim your share of this hardware.  IronMind® | Image courtesy of APL