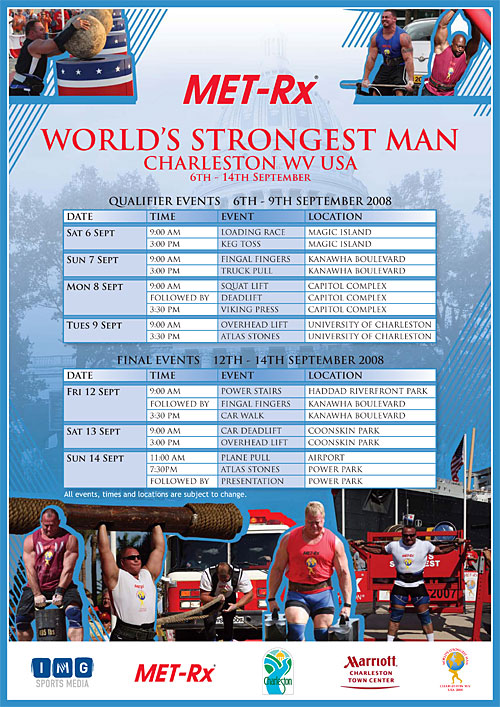 The announcement strongman fans have been waiting for: Here's the official list of events and the schedule for the 2008 World's Strongest Man contest. IronMind® | Courtesy of IMG.

The qualifying round runs September 6 - 9 and following a two-day break, the finals are scheduled for September 12 - 14, so make your plans now to be in Charleston, West Virginia and see the show as it is being filmed.