Malta - It was considered a crucial day at the World’s Strongest Man contest because the mix of events was likely to have a big impact on the standings so far - one thing that did not change, though, was Zydrunas Savickas’s position as the leader. 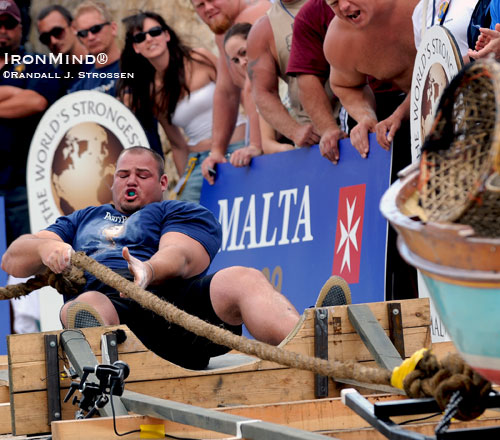 There were two events today, the Overhead Lift and the Boat Pull.  Savickas won the Overhead lift, with Derek Poundstone and Mariusz Pudzianowski tying for second place, and Travis Ortmayer coming in third.  The Boat Pull was expected to shake things up, and what it did was both showcase Brian Shaw, who won the event in a most dramatic manner, and solidify Zydrunas Savickas’s position as the man to beat for this year’s title.  Mariusz Pudzianowski was second in the Boat Pull and and Travis Ortmayer was third.