Santo Domingo - If the men can't do it, the women will: Yang Lian (China) broke all three world records in the women's 48-kg category today at the World Weightlifting Championships. 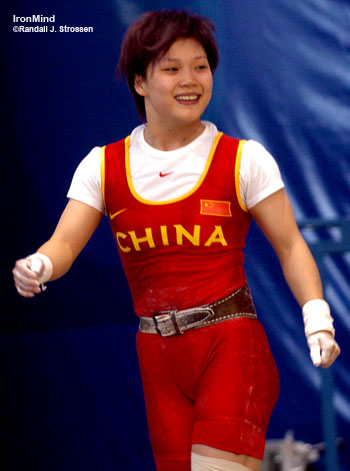 She had plenty to smile about: Yang Lian (China) broke all the world records in the women's 48-kg category today. IronMind® | Randall J. Strossen, Ph.D. photo.

The silver medal in the snatch went to Wiratthaworn Aree (Thailand), who made 85 kg; when Aree finished, there were three attempts left, and they all belonged to Yang Lian (China). Yang sailed through 90, 95 and then 98 for a new world record. 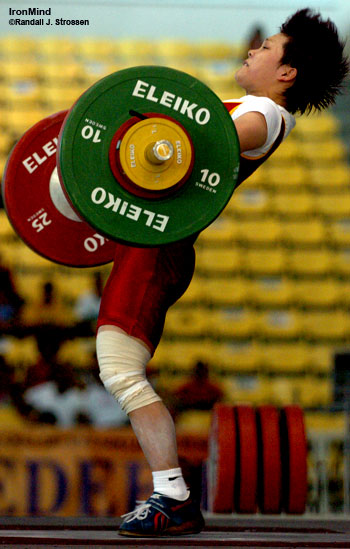 Yang Lian cranks on 98 kg in the snatch, on her way to her first world record of the night. IronMind® | Randall J. Strossen, Ph.D. photo.