In response to the recent inquiries IronMind® has received about the status of the Bill Kazmaier film, we talked to producer Hjalti Arnason. 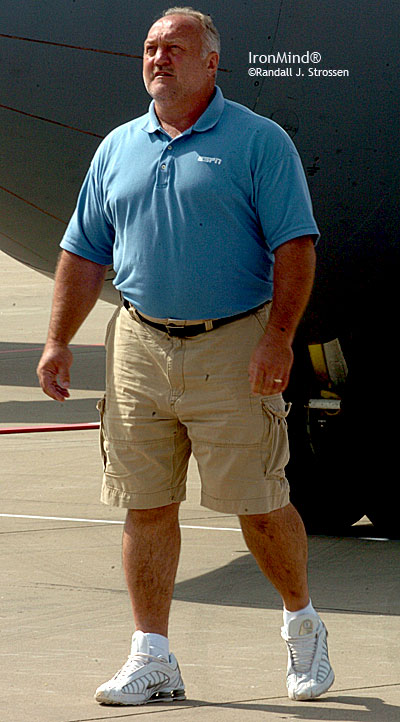 "And the ground quaked under his feet . . . ." Now the man with the microphone at the world's top strongman contests, Bill Kazmaier still sports the commanding appearance that undoubtedly froze the blood of many of his competitors. IronMind® | Randall J. Strossen, Ph.D. photo.


Hjalti Arnason, who produced the Jon Pall film, makes no bones about why he wants to make a film about Bill Kazmaier, saying of The Kaz, "He's the biggest name in the business."

"His physique is out of this world," Arnason said of Kazmaier. "His appearance . . . the way he looked . . . was so different from anybody else," and even today, old enough to qualify for an AARP membership, Bill Kazmaier looks every bit of the legend that precedes him.

Arnason's film is in the works, but opportunities might still exist for investors who would like to play a part in this project, as the scope of this movie is not insignificant.

With his film on Jon Pall Sigmarsson, Larger Than Life, Hjalti Arnason has already moved strongman biopics to a higher plane, and that matches the break-out status Arnason gives to Kazmaier, requiring a film that is something more than a list of weights, sets and reps.

"What motivated him?" Arnason asked. "Bill raised the bar. Why? How?" said Arnason, framing what he sees as his film's natural territory. "I want this story to be told."