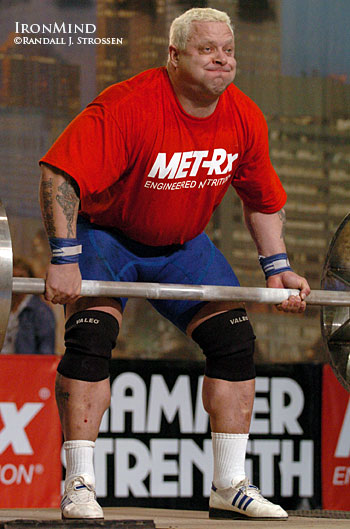 Not quite as big as when he was a top strongman competitor, Svend Karlsen has been developing a number of strongman-related business ventures. IronMind® | Randall J. Strossen photo.

Svend said that he is expecting the six-show series to run in Norway in February or March 2009, with all the programs geared toward the Norwegian market.

Also on the Viking's plate next year are once again running Norway's Strongest Man and Viking Power Challenge, and, yes, Svend's long-awaited kidney transplant has now been scheduled: February 16 is the big date, Svend told IronMind®, but it could be moved up if there is a cancelation ahead of his appointment.