Long Beach–With the Queen Mary in the background, the qualifying rounds of the 2012 MET-Rx World’s Strongest Man contest continued today with Derek Poundstone putting an exclamation point on the day’s performances when he broke the world record on the Giant Dumbbell press for reps. 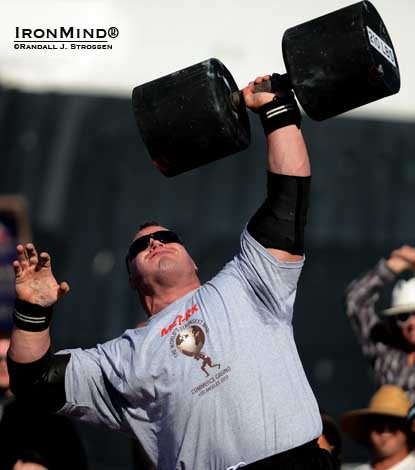 
Coming into the Giant Dumbbell press, IronMind asked three-time World’s Strongest Man winner Bill Kazmaier who he saw as the favorites and he immediately said, “Zydrunas and Poundstone are in the same heat,” naming the two men most would agree were pre-event favorites.  Pressed to comment further, Kazmaier talked about “Poundstone’s mastery of the event,” citing both the physical and psychological demands of the discipline.

Kazmaier’s comments proved prophetic as Poundstone, switching his overhead arm partway through the series, knocked off 11 reps—two more than the old world record. 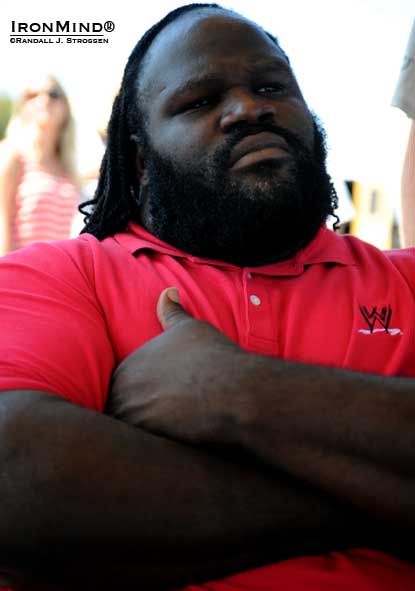