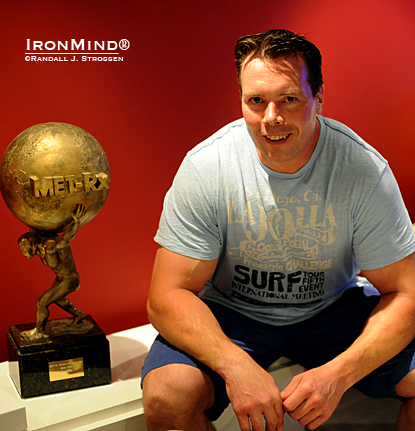 
Events are set to be announced on March 15, the same day that tickets go on sale.

It is expected that they will include “something special to salute our venue’s history” said Rantanen, who wants to “bring back some show mentality.”  Incidentally, the latter isn’t limited to the ancient or the mighty as “the audience and competitors will be hosted by the leading pin-up model in Finland, Sini ‘Ariel’ Tarkkinen.”

Part of the contest will involve limited access for spectators, but Rantanen told IronMind, “If there´s some fanatic international strength fans aiming to see the show live, they should contact United Strongmen™.  We might have some final ticket + hotel pacs available and of course we want to offer some of them internationally also.”