Rumors about the location and dates for the 2015 World’s Strongest Man contest were already running at full speed during last year’s contest and while it’s still too early to buy a plane ticket, there’s a consistent story floating around. 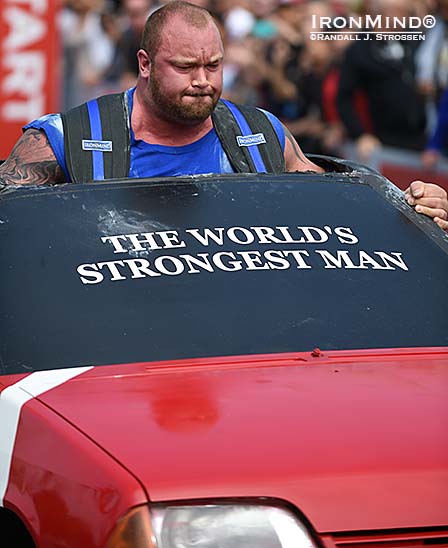 Hafthor Julius Bjornsson will be coming into the 2015 World’s Strongest Man contest as a favorite. IronMind® | Randall J. Strossen photo


Cutting to the chase, Malaysia in April is what we’re hearing, but until IMG makes an official announcement regarding the venue and schedule, regard this is as educated rumor—which is to say, something that definitely might be true.

Started by IMG’s Barry Frank in 1977 the World’s Strongest Man contest created a sports-entertainment property enjoyed by television viewers globally and, in a case of life imitating art, the show inspired strongman, as a strength sport that in turn provided a platform for new forms of functional training.