Seoul, Korea - On paper, the gold and silver medals in the men’s 62-kg class at the World Weightlifting Championships seemed certain to be going to China. 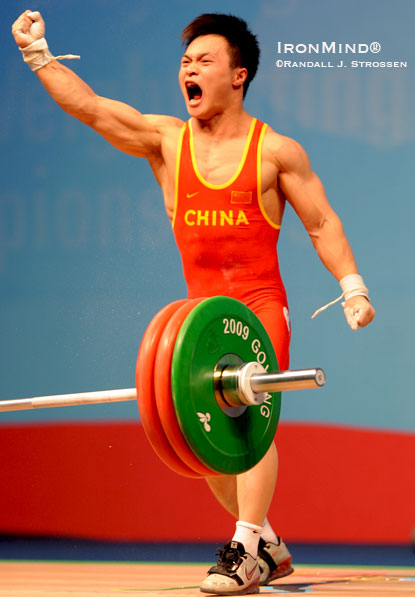 
After all, China had entered two lifters, the best of their recent national championships, where 10 lifters had totaled over 300 kg.

Below the Chinese lifters, Ding Jianjun and Yang Fan, a big gap was expected and then a fierce battle for the bronze.  What happened, though, was that Eko Irawan (Indonesia) showed that what’s most likely on paper isn’t always the way things turn out.

Fortunes changed in the clean and jerk, where the performance of Yang Sheng-Hsiung (Tapei) in the B session would soon be felt.

Yang’s 170 kg from B session would be good enough for the silver medal in the jerk, as he edged both Chinese competitors on bodyweight.