Bill Lyndon told IronMind® that he has been hard at work, laying a foundation "in Australia and Asia [for] next year in the business of strongman." 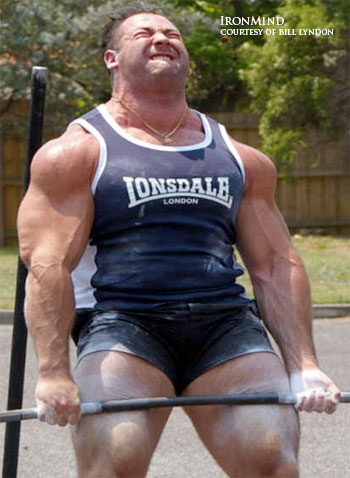 "I have been busy flying 'below the radar' for the past few years, but have a built up a solid base of good international prospects for the international strongman scene," Lyndon reported. "As you know," Lyndon explained, "strongmen are hard to find at the top level and take a long time to develop, [but] we have a few guys ready this year."

"I would like all federations to know we are open for business. I have sat back and watched the goings on with IFSA, Fortissimus, WSM, [and] WSMC," said Lyndon, giving examples of how requests for exorbitant sanction fees and unpaid travel expenses from different federations had left him with a bad taste in his mouth.

"Really, the passion has gone from the sport," said Lyndon. "The only way at this stage I can promote and develop is in partnership with a leading organization. Who will put their hands up" he asks.