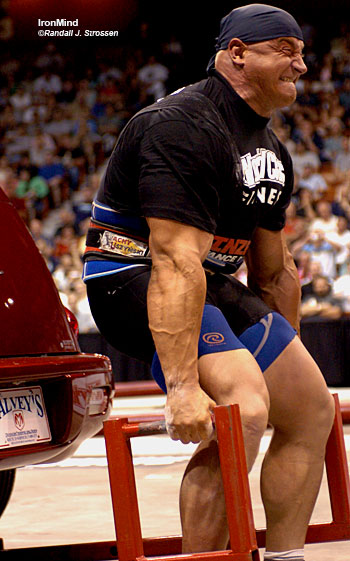 "Eurosport has aired the WSM Super Series a total of 17 times between October and December 2006," Albanson said, "with an average rating of approximately 700,000 viewers per show. The total airtime adds up to a fantastic 15 hours!"

"Combined with our million ratings per show on Channel 5, this is truly good news for us, and it sends a message that strongman is becoming more and more popular in the mainstream environment," said Albanson.