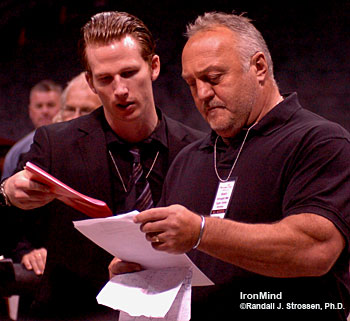 Known simply as Five, this is the huge UK channel, so if you're a strongman fan and you want to see the run up to the 2006 MET-Rx World's Strongest Man contest, tune in and enjoy the shows on consecutive Fridays, beginning on December 1:

Clearly pleased with the placement, Albanson said, "Pretty good time slots if you ask me!"