MILO® guys know the story about how we first heard of Phil Pfister, as well as the things he did that caught our eye from the beginning, and how - when he lit up the Arnold strongman contest in 2006 - we plunked him on the cover of MILO® and said: Watch out because Phil might do something very special at the World's Strongest Man Contest this year. 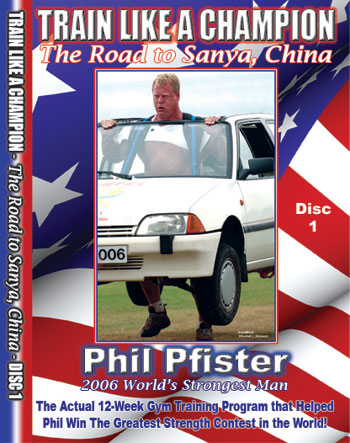 Phil, of course, made us look smart because he won the 2006 World's Strongest Man contest, so now everyone wants to know just how did this guy train to win the most coveted title in strongman? At IronMind®, we're used to seeing guys train by doing snatches, clean and jerks, and squats - and that's about it. Mr. Pfister, though, marches to his own drummer, and in this case, that drummer is Nick Osborne.

No need to wonder or guess about Phil's training, because here it is - this is what he drove from Charleston, West Virginia to Columbus, Ohio to do, and the result was the first American victory at the World's Strongest Man contest since the days of the great Kaz.

We've got the DVDs, so now you can get them, too: Phil Pfister Train Like a Champion DVD Set 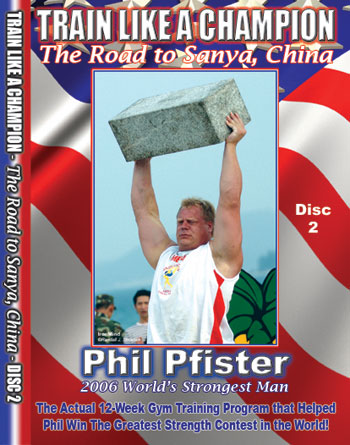 Phil's training featured a broad menu - you'll see it all in this two-DVD set, with the architect of his training program, Nick Osborne, doing the commentary. IronMind®