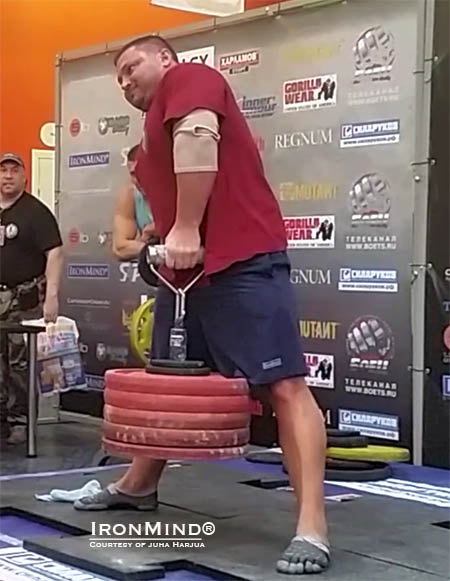 Alexey Tyukalov (Russia) pulling 131.75 kg on the Rolling Thunder, was the overall winner of the WAA grip contest in Moscow.  IronMind® | Courtesy of Gripmasters/Juha Harju

The competition was held in the Alex Fitness gym, a stunning location: The gym was big, very clean and everything was organized very well and the gym staff took us really good care of us.

Next was the IronMind Crushed-to-Dust Challenge. Many competitors tried this challenge and Juha Harju and Mikhael Khomutov succeeded. 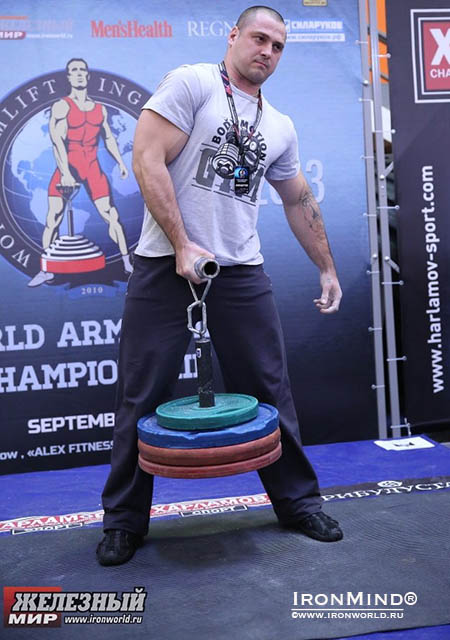 Mikael Khomutov on his way to certifying on the Crushed-To-Dust Challenge. IronMind® | Image courtesy of www.ironworld.ru

In the women’s class, Natalia Trukhina was overwhelming: She won Rolling thunder with 68 kg and the Apollon Axle’s with 100 kg. Yvonne Häkkinen was second in the Rolling Thunder, with a 53-kg success.

The IronMind Pinch Block was a hard struggle between Juha Harju and Alexander Kirillov. Kirillov is world class nail bender and he showed his strength also on the block pulls. Juha Harju took the victory with 88-kg result and Kirillov pulled 78 kg. Kirillov won the IronMind Hub and Harju was second.

After the competition, Juha Harju and the main organizer of the event Sergey Badyuk (President of the World Armlifting Association) discussed the weekend's events, and generally grip competitions around the world. Sergey told to Harju that next year this same happening will be even bigger.

Special thanks to Sergey Badyuk (President of WAA), Nikolay Vitkevich (general secretary of WAA) and Denis Shmaryov who took care of us all weekend. Competition was high-level and next year we will see you again. 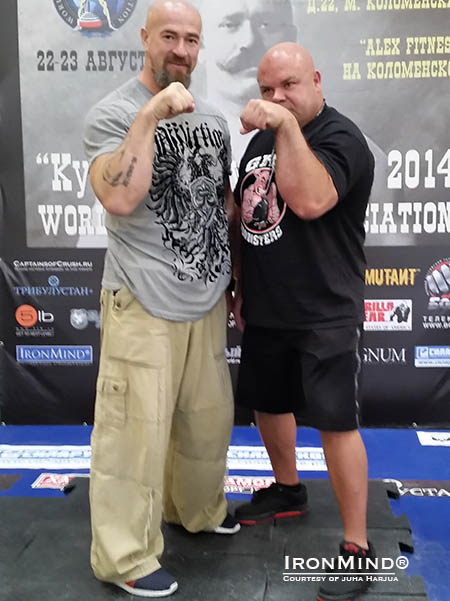 Juha Harju (right), who both refereed and competed, was the guest of the WAA and its president, Sergey Badyuk (left). IronMind® | Courtesy of Gripmasters/Juha Harju