Defending Highland Games World Champion Ryan Vierra was among the travelers awaiting the dreaded 6:00 am flights at Sacramento International Airport today - Ryan was on his way to Mesa, Arizona for his first Highland Games of 2007. 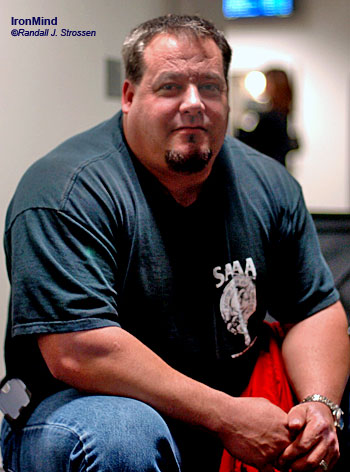 Ryan said that he has been taking a new approach to his off-season training and his strength is way up. And it's good that he has such a mighty foundation in place because Ryan Vierra will be a marked man at this year's Highland Games World Championships in particular - they will be in Scotland and a number of people, Dr. Douglas Edmunds among them, thinks it is high time that the title return to the other side of the pond.

Ryan said that he feels better than he has in ten years and that realizing that he had gout, getting it treated, and cleaning up his diet, adding five or six protein drinks a day, and making the changes in his training are the keys to his off-season successes. And when Ryan steps on the field, look for the larger, as well as the improved, version: He's weighing 23 stone 3, or 326 pounds. 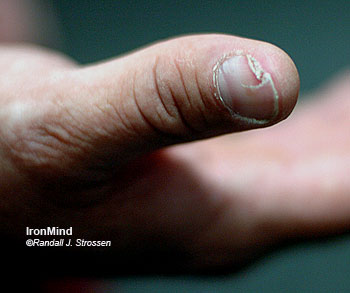 Ryan said he has switched to a hook grip on his throws - partly to get ready for competing in Scotland this summer and partly because he's always looking for a better way to do things. Ryan's thumb has taken a pounding, but he said it's working great for him. IronMind® | Randall J. Strossen, Ph.D. photo.