Vasily Alexeev—two-time Olympic gold medalist in weightlifting, holder of 80 world records in the sport, Sports Illustrated cover man, and a man once said to be nearly as recognizable in the international world of sport as Muhammad Ali— passed away yesterday, a little over a month shy of his 70th birthday. 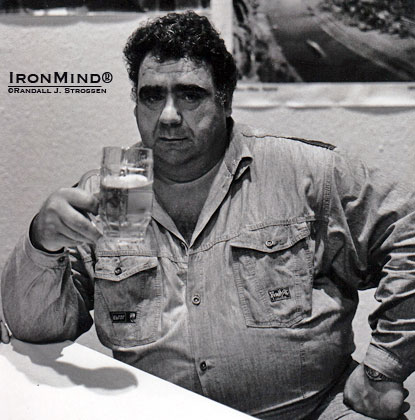 Hail to the strongest of the strong, a personality and presence as outsized as his body—the incarnation of a giant from a children’s story: Vasily Alexeev.  May he rest in peace.  IronMind® | Randall J. Strossen photo.


Former Cincinatti Bengals strength coach Kim Wood has talked about special men in the world of sports and Vasily Alexeev is certainly one of those in the strength world—people who saw Alexeev lift understood his greatness and ranked him on the shortest of short lists of the strongest men of all time.

Not generally known for his humility, Alexeev made a deep impression on Doug Hepburn, who, after being wowed by Alexeev’s 255-kg world record clean and jerk at the Montreal Olympics noted that the big man stopped to shake the hand, a finger actually, of a little boy—the latter act being the frosting on the cake for Hepburn.

Hepburn then told me how a brash young super told him (Doug Hepburn) that he didn’t really see what was so great about Alexeev.  Hepburn said he explained it like this:

You are pretty strong right now and suppose that you trained without a break for several years and everything went perfectly: you kept improving, your records kept going up and up.  After a few years of uninterrupted progress like that . . . you wouldn’t even be qualified to be the janitor in Alexeev’s gym.

Vasily Alexeev: May you rest in peace.