If you're going to San Francisco, or want a good excuse to do so, the California Weightlifting Fund and FIT Barbell Club are hosting the 2009 USA Weightlifting Junior National Championships and the Pan Am Secondary Qualifier this weekend. 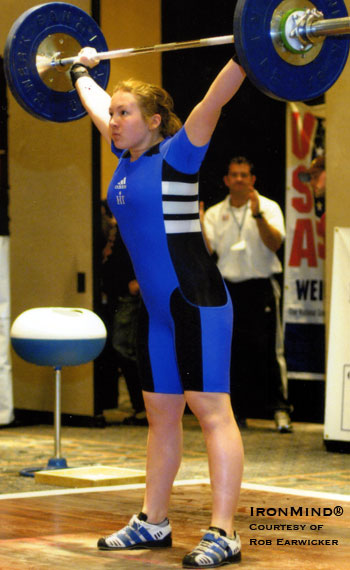 Kate Corbin was third in 2007, second in 2008 and she comes into this weekend's USAW Junior National Championships ranked number one. IronMind® | Photo courtesy of Rob Earwicker.

"We are very confident that these lifters will be ones to watch for the future," so if you needed an excuse to combine a weekend in San Francisco with some very competitive weightlifting, go to the USAW Junior Nationals.