He's done it before - in 2006 - so for Travis Ortmayer, winning at the FitExpo this weekend might be a case of deja vu, and probably not one that he minds. 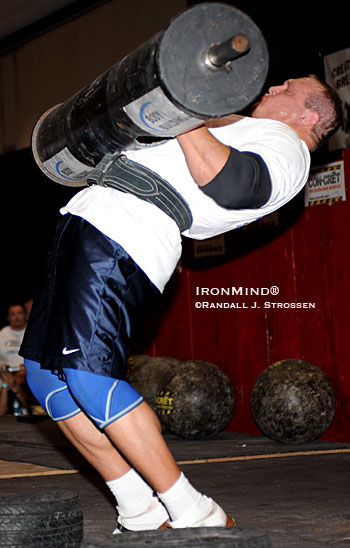 Shown shouldering the 300-pound steel log, so that he can begin punching out the overhead reps, Travis Ortmayer won the contest . . . again. Set on the Jesse Marunde Memorial main stage at the FitExpo, this weekend's All-American Strongman Challenge was a huge hit. IronMind® | Randall J. Strossen photo.


Here are the final places:

Besides sharing in a $10,000 prize list, the top six guys will be invited to a WSMSS competition, Odd Haugen confirmed for IronMind®, giving them an opportunity to qualify for this year's World's Strongest Man contest.