Athletic Director Steve Conway has previewed the upcoming IHGF World Hammer Championships and U.S. Invitational Heavy Events Championships for IronMind® - with a top-drawer field, the big Highland Games weekend at Pleasanton is set for another world-class event on September 5 - 6. 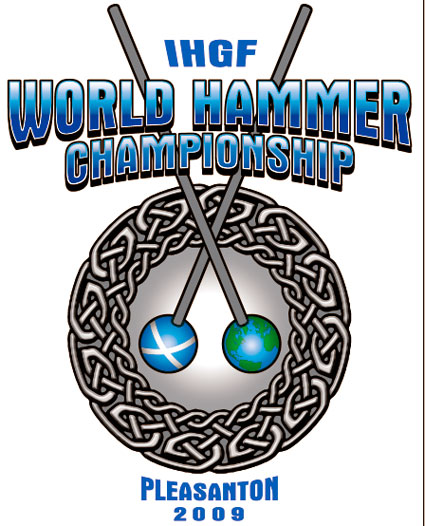 144th Gathering and Games: Spotlight on the Heavies

For the second year the Caledonian Club of San Francisco is hosting the IHGF World Hammer Championships; this will be in conjunction with the 35th U.S. Invitational Heavy Events Championships and the 144th Gathering and Games at the Alameda Fairgrounds in Pleasanton, California.

It promises to be an exciting competition with 10 top pros competing for the titles:  Last year's champion Eric Frasure (who also hold the U.S. record in the heavy hammer) will have his hands full with challengers Sean Betz, Harrison Bailey III, Mike Pockoski, Ryan Vierra, Daniel McKim, Scott Rider, Bert Sorin, Rusty Price and Lucais McKay.  Scott Rider has fully recovered from last year's appendicitis and has been throwing very well in Scotland this summer.  Sean Betz and Harrison Bailey III finished 2nd and 4th respectively at this years IHGF World Championships in Edinburgh, Scotland. Mike Pockoski and Daniel McKim have proven beyond a shadow of a doubt that they are ready to take on anyone in the pro class.

Bert Sorin had some early season injuries but has recovered nicely, and Rusty Price and Lucais McKay will shake up the rankings.  Rusty, Sean, Dan, Mike and Scott have all thrown very well in the stones this year.  Rusty is the current World Stone Champion while Scott is the British Champion.  Look for Dan and Lucais to score high in the caber, while Harrison and Sean should do well in the weight for height; last year Harrison set a new field record in that event with a toss of 18' 1" (with a spin).

The signature event, the hammers, will be anyone's guess.  All of these athletes are capable of big throws, but Eric has thrown the heavy hammer farther than anyone in this group and Ryan holds the U.S. record in the light hammer.

Speaking of Ryan Vierra, this is his "home Games" and he can never be counted out:  Ryan has proven time and again why he has to be considered as one the greatest Highland Games athletes in the world.