“I have some good news from Finland,” Ilkka Kinnunen told IronMind®. 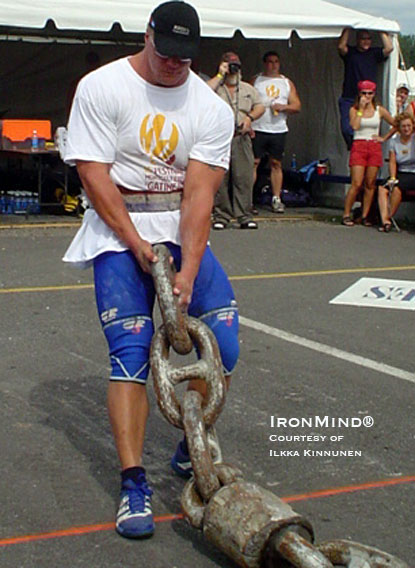 
“Tomi Lotta, one of the most famous Finnish strongmen, is making a comeback next year.  He suffered some injuries and has now fully recovered.  His first competition will be IceMan Challenge in Kuusamo (Finnish Lapland).

“Tomi was second in 2005 European Strongest Man and also has many GP wins in past.  Now 32 years old Tomi has still many years to go and for sure will be someone to watch next year.  Tomi told me that he has been training really hard for the events and his goal is to come back to top condition in 2010.”

And in more news from Finland, Ilkka Kinnunen has just bought a pub.  “The name is Pub Ramona and its loccated near Joensuu City,  in a place called Ylamylly,” Kinnunen said.