Bucharest - He's 34 years old and from Belgium, not exactly the basic profile for winning gold medals in weightlifting, but Tom Goebeguer did himself proud as he won two golds and one silver medal in the 56-kg category at the European Weightlifting Championships. 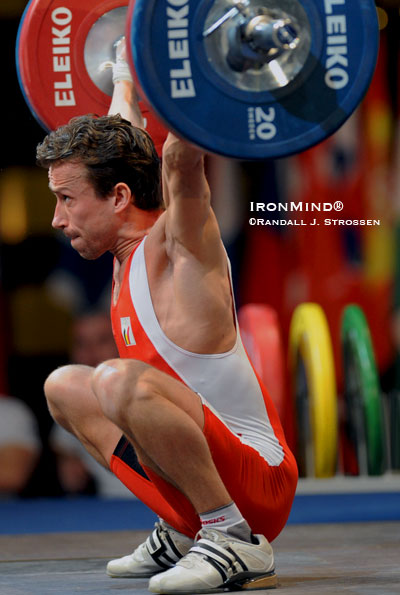 Goegebuer went six for six, lifting purposefully and picking up steam as he went, marching through 109 kg, 112 kg and 115 kg in the snatch. Turkey's Artuc Sedat edged Igor Grabucea (Moldavia) for the silver medal in the snatch on bodyweight, as both lifters had best lifts of 110 kg.

Goegebuer continued with the steady pace he had established in the snatch, as he nailed 132 kg, 136 kg, and 137 kg in the clean and jerk. Vito Dellino (Italy), who had opened with 135 kg in the jerk, won the gold medal in the jerk with his second attempt, 138 kg, and when he called for 143 kg on his third attempt, the selection was hard to understand since it would tie him with Goegebuer in the total and both men weighed the same (55.71 kg). As it turned out, the call was academic because Dellino missed the jerk, but he had added a silver medal in the total to his haul for the night.