Saying “the so-called traditionalists” are missing the target when they criticize the Highlander Games, Dr. Douglas Edmunds - the godfather of modern strongman - is quick to point to the ancient roots of warrior games, his model for the Highlander concept which melds strongman and the Highland Games, with a combat-oriented theme. 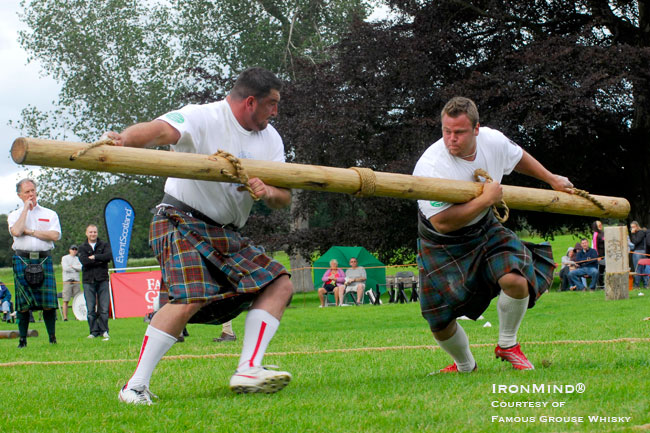 “People in olden times didn’t have a lot of fun . . . they were just survivors,” as they focused on warrior-like tests and challenges when they were not engaged in actual combat, Edmunds told IronMind® today.  “This isn’t some silly thing farmers do,” said Edmunds, referring to the classic Highland Games events such as throwing the heavy and light hammer.  “This has depth to it.”  Think battle axes, mercenaries, jousting and the like to get in the proper frame of mind.

"MET-Rx have agreed to help sponsor this event, which we think will put a spotlight on the right American competitor," said Edmunds.