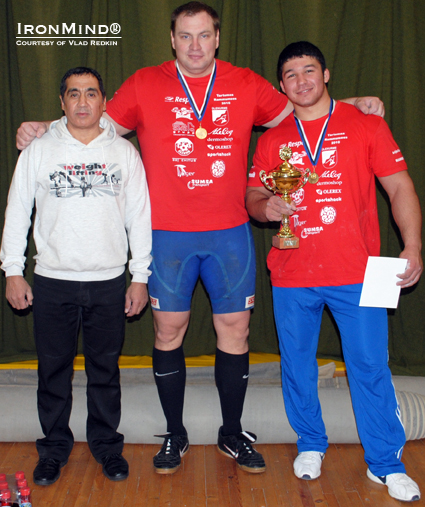 
Redkin is the president of CBFSA (CIS and Baltic States Federation of Strength Athletes) and is a veteran organizor of international strongman events from the grassroots level to some which feature top names.

“In competition participated a new and young athlete from Uzbekistan, Shamshod Sadikov,” Redkin said.  “He showed good result in axle: 120 kg, 7 times.  He has a big potential in the future said his trainer, Abdulo Rahhmatov (he was weightlifter ).”