He told IronMind® that it started in 1997—his vision of success—and it wasn’t something that only affected his days because as Svend “Viking” Karlsen put it, “I won World’s Strongest Man every night.” 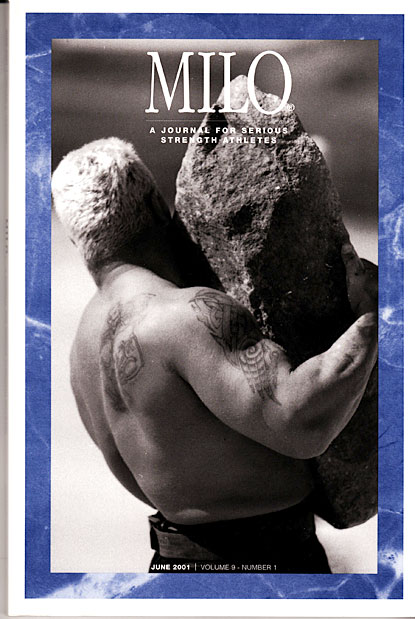 Svend Karlsen on the Husafell Stone at the 1997 Worlds’ Strongest Man contest, in what’s been called “an iconic image in the world of strongman.”  IronMind® | Randall J. Strossen photo.


In 1997, Karlsen debuted at World’s Strongest Man and he was off to a strong start before getting injured in the squat.  No matter, and also of no matter that it would take four more years because Karlsen was not to be denied, and in 2001 the title was his—he’d achieved his goal and won the World’s Strongest Man contest.

“It’s like training to become the World’s Strongest Man winner . . . it’s the road getting there,” Karlsen said today, as he explained that a recent IronMind® News article about Karlsen's deadlift training has led to something in the range of 10,000 views on Norwegian strength-related forums.

“I never, ever reply to posts,” Karlsen said.  “If you do, you get dragged into a twilight zone of endless discussion of nothing.”

Nonetheless, it’s important to understand Karlsen’s thinking and not get distracted by attempts to hijack his program and its purpose.

“I have to have a goal—whether I reach it isn’t [as] important as having it,” Karlsen said.

But don’t think this guy had a "whatever" attitude about reaching his goals.

Karlsen said, “I once asked Lene what she thought the odds were of me succeeding.  I was lifting weights and nobody had made a decent living doing that.”

Although he is retired from competition, Svend “Viking” Karlsen remains heavily involved in strongman, promoting contests, producing TV shows, and working on a variety of related projects—Karlsen said that he has just agreed to be the onstage announcer for the 2010 Arnold strongman contest.