The 2013 season of the Strongman Canada League opened at Sherbrooke, Quebec—featuring the biggest names in Canadian strongman in a show that was filmed for TV by Canal D. 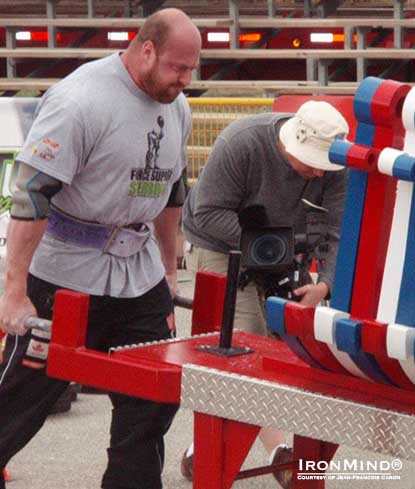 
Featuring a match up between Jean-Francois Caron, Christian Savoie and Louis-Philippe Jean, this was an 8-event contest held over two days.

Contest highlights included a new Canadian record  of 340 lb. for 16 reps on the Viking Press by Jacki Ouellet.

Strongman Canada League continues in Warwick, Quebec on July 7-8th, although Jean-Francois Caron told IronMind, “I will be not here because  SCL China is on the same date.”