Strongman Champions League (SCL) is on a roll, like a snowball down a hill, Marcel Mostert told IronMind®, “getting bigger and bigger,” and SCL-Limerick this weekend features some of the top names in the strongman man world. 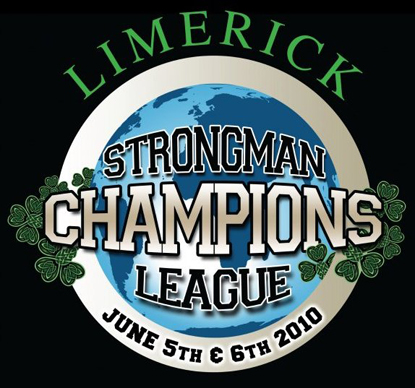 It’s no joke: Strongman Champions League–Limerick this weekend is going to be big, with top competitors, tough events, and a terrific setting.  IronMind® | Courtesy of SCL.


“The fourth stage (out of 12) will be this weekend, Sunday, June 6, in Limerick, Ireland,” Mostert said, “and again with an impressive starting list.

“The current leader of the SCL Tour, Terry Hollands (with 54 points), will be present as well.”

“The weather will be good, the crowd fantastic, and a good show like every SCL in the world,” a fully confident Marcel Mostert predicted.