"We are ready to rock 'n roll this weekend," Marcel Mostert told IronMind®. 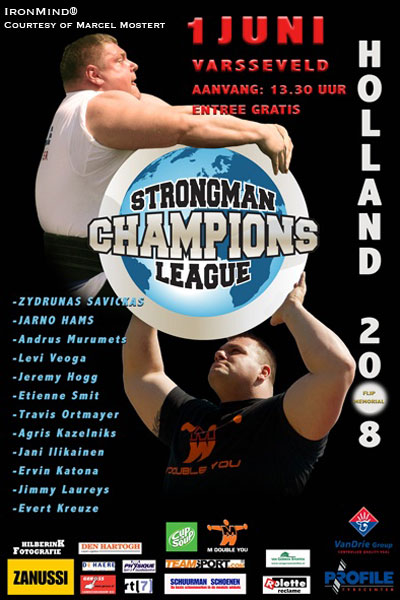 The third stop of the 2008 Strongman Champions League is Varsseveld, Holland, this weekend. IronMind® | Art courtesy of Marcel Mostert.

"The strongmen are coming in Holland today, the weather will be 25 degrees [77 Fahrenheit] this weekend, the equipment is set, the crowd is waiting . . . it is going to be fantastic!"

"The strongman train is running faster, farther and harder. Get your place, fasten your seat belts and go for it! And for those who will survive, we'll see you at the next train stop in Sofia, Bulgaria, on June 21."