Olympian Scott Rider—schoolteacher by profession and fearsome thrower on the side—put together back-to-back wins at the Royal Braemar Highland Games as he captured the 2013 title in front of Her Majesty the Queen, The Duke of Edinburgh, and The Prince of Wales. 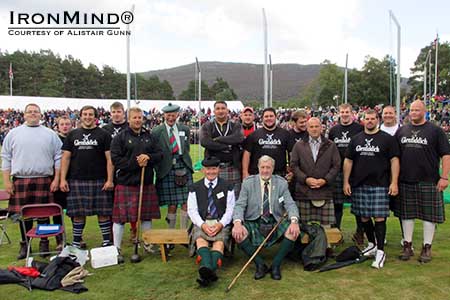 For the second year running, England’s Scott Rider took the overall win in front of sellout crowd of twenty thousand spectators at the Royal Braemar Highland Games in Scotland, which was attended by Her Majesty the Queen, The Duke of Edinburgh, and The Prince of Wales.

With such a large field of competitors, each athlete was allowed only two throws per event, and no warm-ups; and the events were perfectly timed leading up to the open and Braemar cabers for the precise arrival of the Royal family.

Scotland’s number one hammer thrower C. Sinclair was pushed all the way in the 22-lb. hammer by the up-and-coming Randall, who put up an excellent performance.  Only 1” separated the athletes, with C. Sinclair claiming the win at 104’ 8” to Randall’s 104’ 7.  Colthart took third at 102’ 9”. 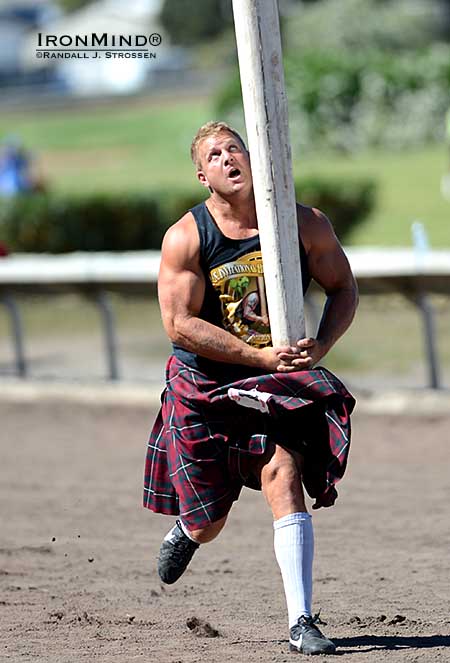 A few days before competing in the Royal Braemar Highland Games, Scott Rider was in Pleasanton, California for the 2013 US Invitational Heavy Events Championships—where he finished a strong third place overall.  IronMind® | Randall J. Strossen photo