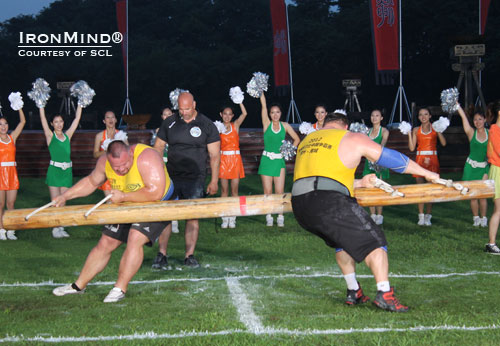 Agris Kazelniks (left) and Zydrunas Savickas on the Pole Push at the SCL Shanghai Cup.  IronMind® | Courtesy of SCL.


“Thunder,  lightning and heavy showers at the last event, the Pole Push, which  didn't force us to end this great competition.

“Zydrunas Savickas beat all athletes again and took the victory in China: He won the Pole Push in the finals against Agris Kazelniks, and with this win he secured the first title the SCL Shanghai Cup.

“We started the day with the Dumbbell Lift, with Kostantin Ilin doing an impressive 10 reps with 90 kg in 40 degrees C heat.  Travis Ortmayer was second and Zydrunas Savickas came in third place.

“After the dumbbell we did a Loading event with four objects, and the winning time was 23.37 seconds, by Travis Ortmayer.  Second place was taken by Zydrunas and Lauri Nami came in third place,” Kinnunen said. 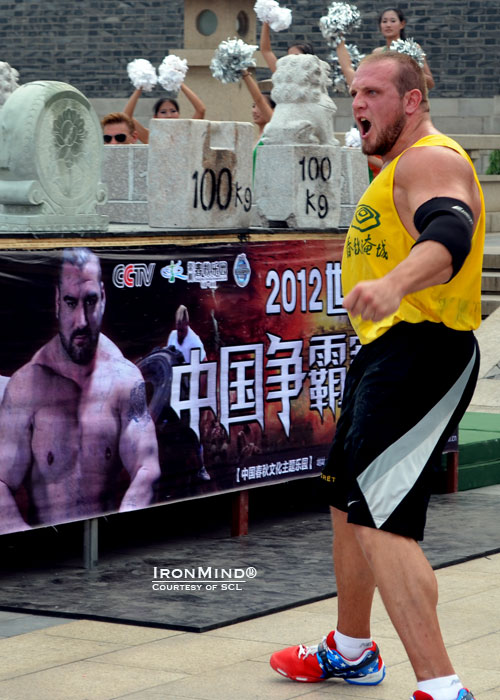 “It was a great competition, very well organized, and I am very happy that I won this first big title in China,” said Zydrunas Savickas.  “I could see myself during my stay here on the streets on big screens all over the city already. This I have never seen before.”

After four days of strongman competition, SCL isn’t packing its bags yet, because tomorrow nine of the strongman competitors will be attempting three Guinness world records during the closing ceremony, followed by the prize ceremony.  The events are Tire Flip, Weight for Height with a 12.5-kg keg, and the Atlas Stones.

The organizers of this first SCL Shanghai Cup, Marcel Mostert and Ilkka Kinnunen, told IronMind, “We are very pleased with this successful event and know already that we will be back with the next SCL in China.”

Here are the official final scores for the top eleven competitors: 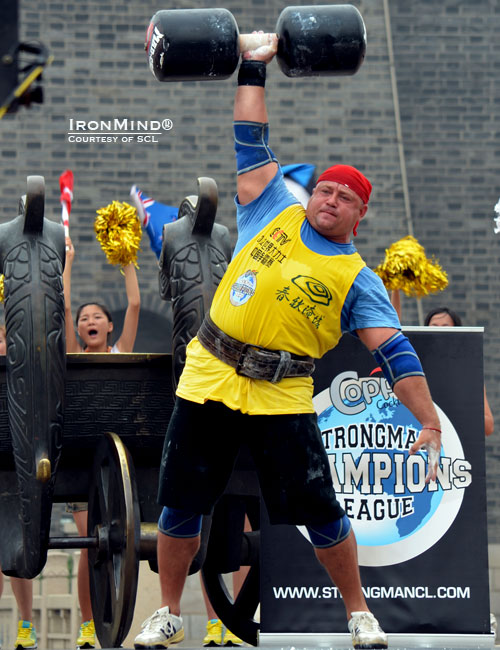