Entering its fifth year, Strongman Champions League (SCL) cofounder Marcel Mostert took a few minutes to chat with IronMind about both SCL’s progress and its near-term future plans: with dozens of contests already held, prize money and exposure rising, Mostert talks about what he sees coming down the road for SCL and its athletes. 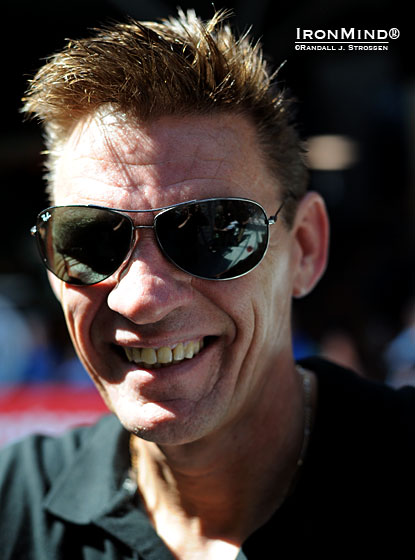 Marcel Mostert (above) founded Strongman Champions League with Ilkka Kinnunen in 2008, bringing their unmatched experience in strongman to the table.  Kinnunen told IronMind, “Marcel and I have been in the sport over 20 years and have done close to 500 International events altogether.” IronMind® | Randall J. Strossen photo.


Mostert said, “We are improving.   2012 is the fifth year of SCL and we have staged more than 40 SCL competition in the last four years, with a total prize money package of US$600,000.  The sponsorships are getting better, the TV broadcasts are getting better, which means better prize money.  SCL is ready to step into the future.

“We will have more professionals working for us.  We do seriously expect that SCL in the next five years will have the  biggest prize money in total, and for the overall winner, of all strongman contests all over the world. Bigger than the Arnolds, bigger than WSM.

“If this is a wise decision,we don't know, as money always changes people, but we surely want to go for that and benefit all the athletes who give their support to SCL.

“We already made champions, maybe we can make millionaires from them too?  The future is up to the new strongman, the new talents, to decide.

“Meantime, stay tuned for the SCL finals and the new calendar 2012.  SCL wishes everybody a STRONG 2012!,” said Mostert.