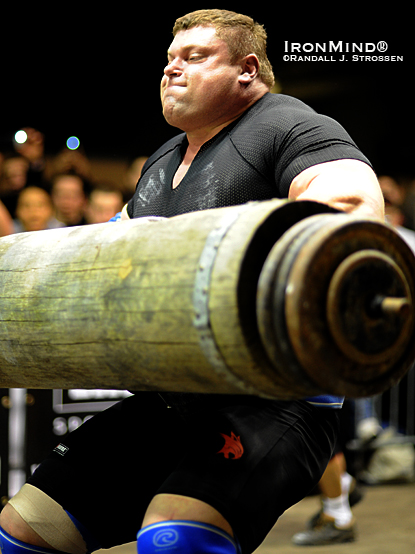 Zydrunas Savickas, guarding the hamstring he tore on the stones at the Arnold strongman contest last week, set a new world in the log lift - hitting six reps from the ground to overhead within the one-minute time limit.

A large, enthusiastic crowd followed the strongman action all afternoon.  Strongman Champions League (SCL) cofounder Marcel Mostert told IronMind® that this was an SCL qualifier, meaning that he would invite the winner to an SCL contest, and he said that with the support shown by title sponsor Eric Savre, as well as the fans at the expo, he expected this contest to grow in coming years. 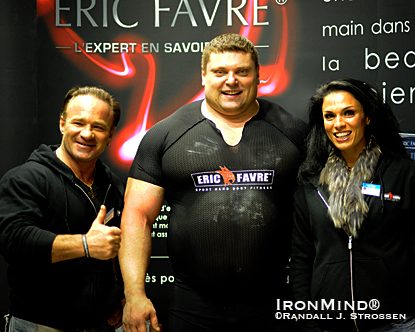