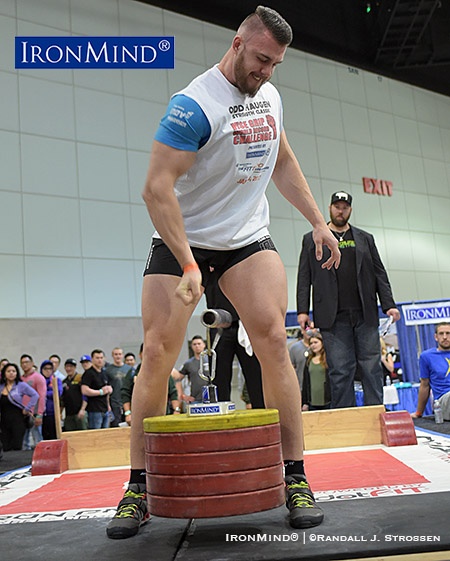 After winning the title with a 115-kg lift, Roman Penkovskiy attempted 120 kg but could not hang onto 120 kg at the 2017 IronMind Rolling Thunder World Championships at the Los Angeles FitExpo. IronMind® | ©Randall J. Strossen photo


Cheered on by a large crowd of enthusiastic live spectators, the competition was also viewed live on Facebook, where the numbers brushed up against the 500,000 mark. 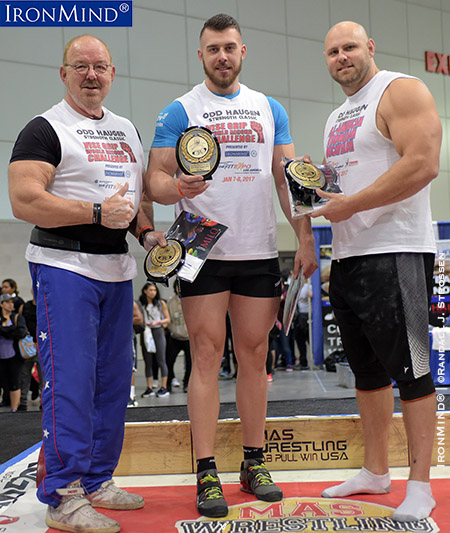