Reiterating that Fortissimius and Canada World Strength had separated, Paul Ohl, president of Fortissimus, told IronMind®, “I actually had resigned from the board of the corporation as early as July 11, 2009, immediately following the conclusion of the 2009 competition.” 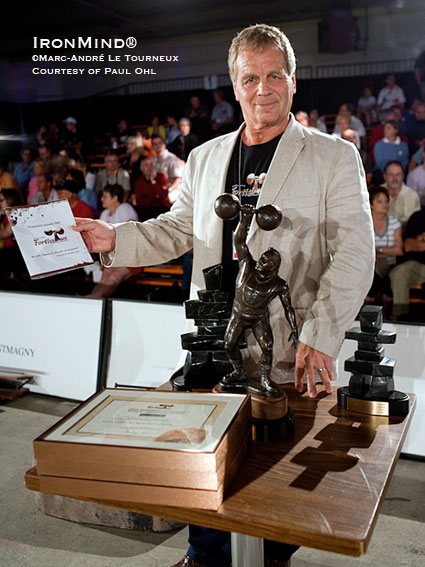 “I told the chairman in office, Mr. Marcel Catellier,” Ohl continued, “that I was in total disagreement with the ways and means of the corporation and that the lack of vision and leadership were some of the major issues.  I also informed him that a complete report of the situation, putting up facts and figures, would support my decision.  That report was made public, with some restrictions, by FORTISSIMUS this week.

"As we had stated from the beginning, we need the sport of strongman to grow, and to help that process, we need to cooperate and unite," added Paul Ohl.  "We also said that Fortissimus will never settle for anything less than what had been accomplished to this day.  What we mean by that is that we will never accept to put in jeopardy the better interests of the strength athletes to the profit of other interests or let politics take any part in the sport."

Ohl also told IronMind® that Fortissimus, “will release a further statement in [the] days to come.”