Well-known strongman organizer Vlad Redkin has announced the Open Latvian Rolling Thunder™ Championships, with the first stage set for May 16 in Liepaja, Latvia. 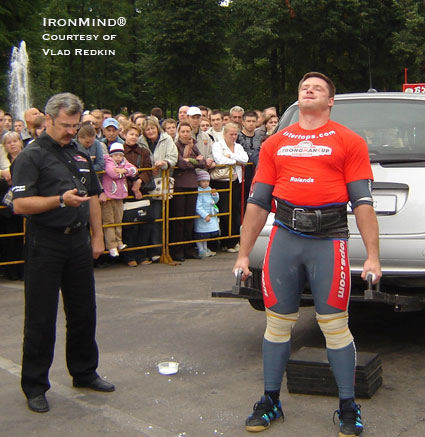 Vlad Redkin told IronMind® that he expects Rolands Gulbis to produce a strong performance this weekend, in the first stage of the Open Latvian Rolling Thunder™ Championships. IronMind® | Photo courtesy of Vlad Redkin.


"With support from Bio Tech USA - FITHOPLY and IronMind®, the Latvian and Lithuanian athletes can compete for a rank of the strongest grip and try to beat Mark Felix's record in this discipline," said Vlad.

Here is the starting field for the first stage of the Open Latvian Rolling Thunder™ Championships:

"I think Rolands Gulbis can show good results - he was second after Janne Virtanen and beat Mariusz [Pudzianowski] in the car hold in the World Cup in Moscow," Vlad added.