Even if you don't read French, Paul Ohl says of the new Louis Cyr website, "It will probably be of interest to many, no matter what language it is in." 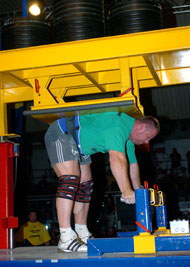 Paul Ohl is the author of what he describes as the first "official biography of Louis Cyr," a 636-page book entitled LOUIS CYR, UNE -POP-E L-GENDAIRE.

Details on this book are also available on the website.