World's Strongest Man Super Series commentator Colin Bryce calls it, "the greatest one-day strongman show in the world," which is quite a billing, but but when the curtain rises at the Mohegan Sun on April 22, the winners of ten World's Strongest Man titles will be in the room. 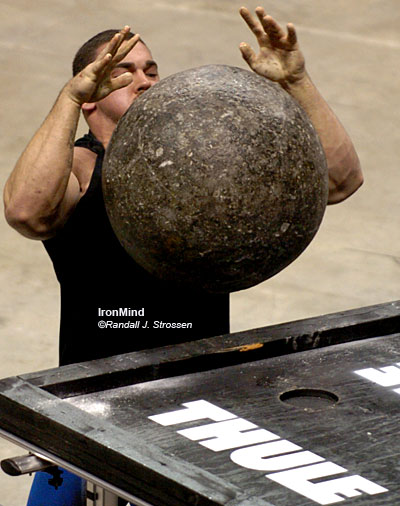 Local kid makes good: Kevin Nee works some magic with the stones at the 2006 Mohegan Sun Grand Prix. Kevin will back as part of another all-star lineup this year. IronMind® | Randall J. Strossen, Ph.D. photo.

Here's the official lineup, which was just released to IronMind:

If that's not enough big names, Svend Karlsen will be working as the World's Strongest Man Super Series Expert Commentator and the great Bill Kazmaier will be the emcee.