Denmark’s Strongest Man was a powerful production and Aryn Lockhart, who was ringside, called the action for IronMind. 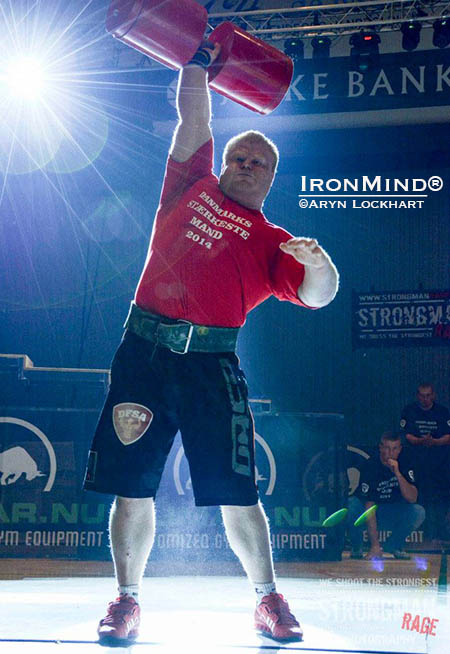 In Svendborg, Denmark the sports hall rocked and rumbled as the sold out crowd cheered on the Strongest Man of Denmark. This competition was complete with light show, DJ, smoke and the strongest men of Denmark battling it out in an extremely heavy competition. Head to head battles and a screaming crowd set the tone for this exciting competition. When the smoke cleared and dust settled it was Mikkel Leicht who took the crown as the Strongest Man of Denmark. Earlier in the year, Leicht competed in the Strongman Champions League Holland placing 11th.

This elaborate production was the first of its kind in Denmark. Nicolaj Holstein the organizer stated, “We made history in Denmark today.” Holstein continued, “I’m really excited about today’s event. The crowd and energy were undeniable! It made for a terrific competition.”

Mikkel Leicht plans to compete more on the international level with another competition in November with Giants Live in Sweden.

The final results were the following: