Mike Jenkins is on a roll and with his victory at the Giants Live–FitX Melbourne over the weekend, he has qualified for the 2012 World’s Strongest Man (WSM) contest. 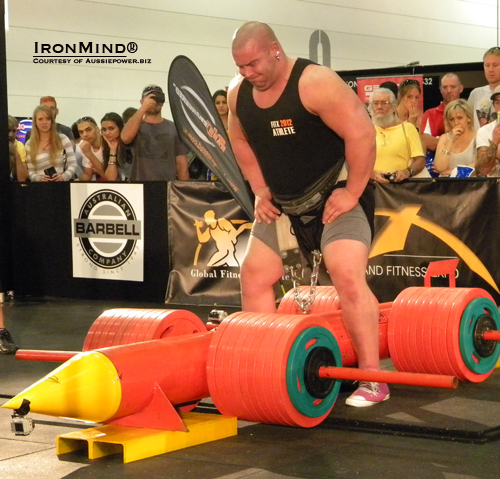 “A big highlight was the breaking of the hip lift world record with the Giant Red Rocket Lift with Both Mike Jenkins and Nick Best lifting 1150 kg to be joint world record holder in this event," Bill Lyndon said.

Here are the final points, officially:

"Special mention to Mike Burke, who battled through the event after injury in a warm up with the 18-gallon beer keg carry where Mike injured tore his intercostal muscle on the right rear side of his rib cage," said Lyndon.